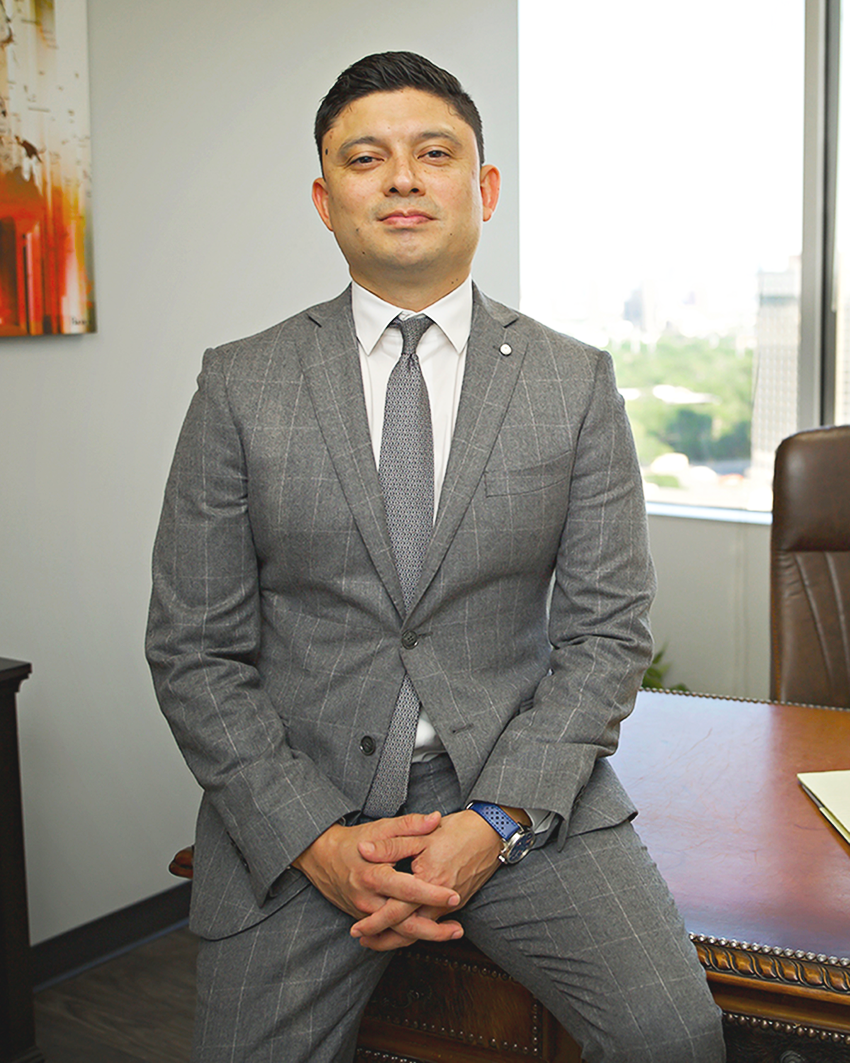 Founding attorney, Jose C. Escobar is a native of El Salvador and immigrated to the United States at age 4. He has resided in the Dallas Fort Worth area for more than 36 years. At an early age, his parents instilled in him a strong work ethic and drive to succeed. Jose’s measure of success is not what he can do for himself but what he can also do for others. This is why he knew from an early age that this could be best accomplished by becoming an attorney. Jose truly cares about his clients and their problems. When you hire him to represent you, your problems become his problems and Jose is a problem solver.

Jose graduated from MacArthur High School in Irving, Texas in 1999. In 2004 he graduated from the University of North Texas with a degree in Criminal Justice. In 2009 Jose graduated from Texas Wesleyan School of Law with his Juris Doctor degree and was licensed to practice law in November 2009. Since graduation, he has run his own law firm and grown a successful law practice with thousands of satisfied clients who keep coming back and referring their family and friends.

Jose resides in Irving, Texas with his wife, Daisy Escobar and his two children, Isabella and Leonardo. When he is not at the office, he enjoys coaching his children’s activities from the sideline. His weekend interests include social gatherings with friends and is a big fan of boxing and football.